Wadgaon Sheri is a major real estate market in Pune's north eastern region, ideally placed between the upscale suburbs of Kalyani Nagar to the west and Viman Nagar to the north. The entire neighbourhood is bordered on the north by Nagar Road and on the south by the Mula Mutha River. Wadgaon Sheri is also close to the upmarket suburb of Koregaon Park and the IT hub of Kharadi, both of which are about 5 km apart. This region is well connected via Nagar Road, Magarpatta Road (SH-27), and Wadgaon Sheri Road. For public transportation to various sections of the city, auto-rickshaws, cabs, and buses are readily available.

Furthermore, the area is accessible to both the Pune International Airport (4 km) and the Pune Junction railway station (8 km). 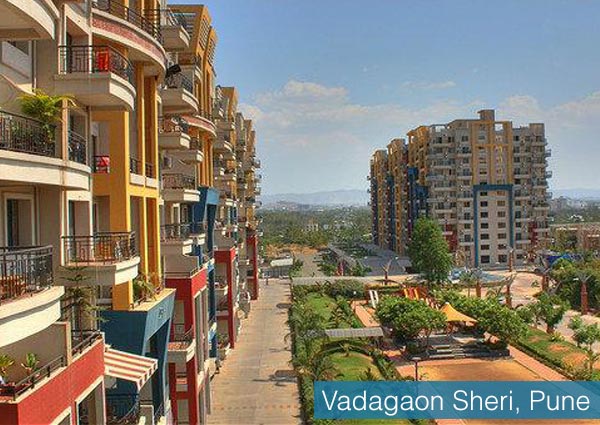